As I mentioned before, we looked into getting a park model. The owner of the park had built a new site for a park model or cabin while we were there and told us we could take it if we bought a park model.

We were very excited about the prospect of buying a park model.

In early January Dawn got a nasty head cold and developed a terrible cough. The head cold was gone after a week but the cough stayed around.

In February we drove back to the Dallas area to visit friends and family and to stop by the Park Model factory.

We met with the sales department and got all the information we needed to order a park model.

We returned to Rockport and by the end of February Dawn’s cough had gotten so bad she wasn’t able to sleep and had very little energy.

The coughing became so intense one night that I talked her into going to the emergency room. 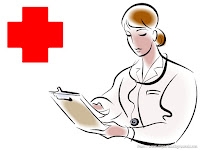 There she was given several breathing treatments, a steroid injection and an antibiotic. They did a chest x-ray, blood work and EKG.

They released her with a diagnosis of Asthma. She has never had asthma. But O.K. We’re not doctors.

She was breathing so much better and was able to get some much needed sleep for a change.

The cough slowly returned and by the end of the week we were back in emergency.

They again gave her a couple of breathing treatments and a steroids injection. The doctor said that the damp air was causing her problems and she might need to return to a drier climate.

They did a CT scan and blood work.

They released her with a diagnosis of Asthma and COPD.

I was very concerned and thought we might need to return back to the Dallas area so that Dawn could see her regular doctor.

Our friend Lisa drove down to Rockport during her spring break to help us pack everything up and follow us back to Dallas.

Our plan was to leave Rockport on Wednesday and drive straight back to Dallas. Unfortunately, that was not the case. Dawn’s cough returned with a vengeance. Every time she had a coughing attack, she’d have trouble catching here breath.

Late Tuesday afternoon after another coughing attack, she was having extremely hard time breathing, I called 911.

She was taken by ambulance to the emergency room. Once again she was given several breathing treatments and steroids injections. Again, they did another CT scan

They released her with a diagnosis of Acute Bronchitis and said she needed to see a pulmonologist right away.

They gave her prescriptions for Albuterol nebulizer breathing treatments, a rescue inhaler and cough syrup. 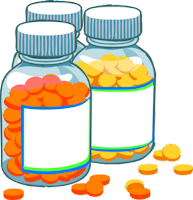 We waited until Friday to hit the road. We wanted to make sure that Dawn was up for the eight hour drive.

Thursday morning I was helping Dawn with a breathing treatment when I noticed something on the side out floor beside Dawn’s recliner.

I pulled her recliner out and was shocked to see some kind of yellowish growth along the floor and wall.

I sent Dawn outside while I pulled the carpet back to investigate. Once I got the carpet pulled back, I saw what looked like MOLD!

Lisa helped me pull the furniture off the slide and we pulled all the carpet back.

There was a large dark spot in the plywood floor.

Lisa went next door to barrow a utility knife from the neighbor.

I was shocked! Dawn’s recliner sat right over the top of what appeared to be mold. The carpet was dry and had no signs of being wet.

Lisa returned a few minutes later with a utility knife and our neighbor, Paul.

Paul took a look at the floor and said we need to clean the area with bleach and let it dry.
Once it was dry we needed to treat it with something to seal it.

Suddenly I felt sick. Dawn has been sleeping in this recliner for weeks because she was unable to sleep lying down. Is this what has been making her sick?

I began cleaning the area and Paul went home to find a place that had the sealant I needed.

Paul returned a few minutes later saying that he needed to look at the floor again.

He got down on his hands and knees and started picking at the floor. The floor was disintegrating as he scraped it.

I was feeling even sicker. The half inch plywood was just crumbling.

Paul stopped picking at the floor and went outside.

My mind was in overdrive. I needed to get Dawn back to the Dallas area to her doctor, now the slide floor was rotten, how am I going to get this fixed quickly, so I can get her taken care of and how much is this going to COST!!!!

Paul called me to come outside. He showed me where the floor on the end slide wall had dropped a bit and the caulking had broken loose. The plywood was slightly exposed. Exposed enough so that when it rained the water ran down the wall and crack in the caulking was enough to create a channel for the water to sip into and the plywood acted as sponge, soaking it all up.

That explains why the carpet was not wet.

Paul said he was afraid that it was bad. He told me not to worry that he could fix it so we could get to Dallas. Paul left to gather his tools and I went outside and fell apart. I was just so overwhelmed.

Paul’s wife Carol came over and told me it was all going to be o.k. She reassured me that Paul was a great carpenter and that he was going to fix it up.

She took Dawn and our fur kids over their place while Paul worked on the floor.

Lisa and I did whatever we could to help Paul but he did it all on his own.

Carol prepared lunch for all of us and kept an eye on Dawn for me while our fur kids played in her yard.

Paul decided to cut the damaged plywood out and replace it with new. My stomach was in knots watching him take a saw to the slide floor.

He literally worked all day getting the floor fixed. He finished just as the sun was setting. 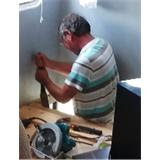 Lisa and I spent an hour after he finished vacuuming up the saw dust and putting everything back in its place before letting Dawn and the dogs return.

Carol prepared an awesome dinner for us too.

We are so blessed to have such wonderful friends. We’ll never be able to repay their hard work and kindness.

On Thursday we ran some errands and got some last minute things done.

On Friday morning we said our good byes to all our friends and neighbors and then hit the road. 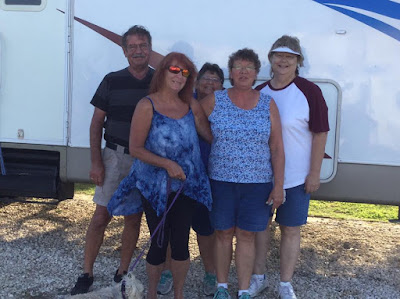 Dawn’s breathing was good and we made it back to the Dallas area without any incidents.

Needless to say, we were all very tired.

Dawn was breathing better and she continued to take her meds as prescribed. She was weak but seemed to be doing better.

A week after we arrived the coughing started again and she began to have breathing difficulty.

I looked back through all the ER paperwork and noticed each time they did blood work that it appeared Dawn’s blood count was elevated. I got on the computer and started doing a little research and realized that it appeared she had some sort of infection. 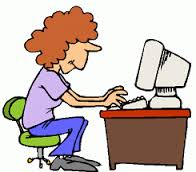 I’m NOT a doctor but even I noticed something was not right with her blood work!!

We called and got her an appointment to her regular doctor.

The next week we were in the doctor’s office with medical records in hand and explaining what Dawn had been through.

After an examine and reviewing the ER records, the doctor diagnoses was a lung infection. She gave Dawn prescriptions for 10 days of antibiotic, 7 days steroids and a steroids inhaler.

Dawn has since finished all her meds and is feeling like a new woman.

Copyright Notice All text and photos found on cruzin2some.blogspot.com is copyrighted and may not be published, rewritten, distributed or downloaded without permission of the owner of cruzin2some.blogspot.com. All Rights Reserved. ©cruzin2some
Email ThisBlogThis!Share to TwitterShare to FacebookShare to Pinterest
Newer Posts Older Posts Home
Subscribe to: Posts (Atom)