We’ve made a lot of new friends and have dealt with our share of rude people. We’ve also encountered a couple of neighborhood bullies.

That’s right, adult neighborhood bullies. These people seem to think they own this park.

One of these local bullies regularly comes into the park and doesn’t abide by any of the rules.

We inform and remind everyone coming into the park about the rules.

This particular guy is constantly telling us that he has called the lake manager because of the rules in the park. He has repeatedly told us he grew up on the lake and the rules don’t apply.

He got upset because I told his children they were not allowed to swim at the boat ramp. There are signs posted stating no swimming or wadding. 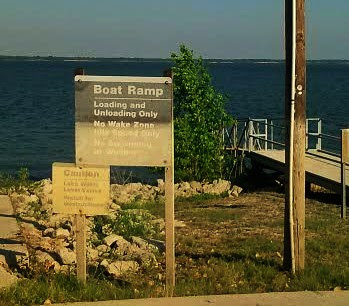 He said he called the lake manager about it.

The courtesy dock has signs posted stating for loading and unloading of boats. 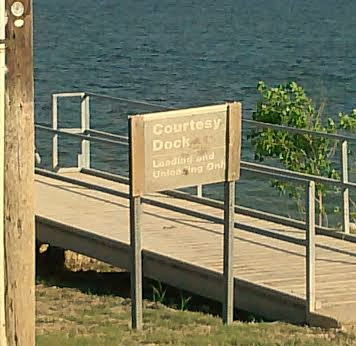 He said that was the safest place for his kids to swim. WHAT?! Who would want their kids swimming around a busy boat ramp and courtesy dock?!  The neighborhood bully.

This guy has an annual pass. The annual pass is $30.00 and allows the owner to have access to the boat ramp and day use area at no additional charge for one year.

This guy and his family like to go into the camping area. There are signs posted stating the area is for registered campers.

I think it’s just all kinds of awesome that he’s teaching his children that posted signs and rules don’t apply to them.

The other bully we deal with also thinks rules don’t apply to him or his family. He is also an annual pass holder.

His sons come into the park to kayak. The day use area closes at sunset. They don’t bother to get off the water until after dark. This bully is a former Army guy and he said these rules are ridiculous.

The road over the damn on this lake has been closed for years. There are double gates at both ends of the damn. There are several signs mounted on the gates stating Restricted Area, US Army Property, No Trespassing. 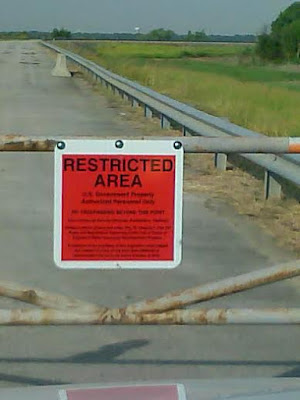 This bully has been told several times to stay off the damn while jogging or cycling. He’s been instructed to stay out of restricted areas.

Since Dawn and I have been gate attendants at Lavonia Park we’ve had several issues with the electric gate arm. I've listed a few problems we've experienced.

In early May during an electrical storm while Dawn and I were on duty the gate arm stopped working and was stuck in the down position. We opened the metal gate on the exit side of the gate house to allow people to enter the park. I called the ranger and reported the broken gate. The rangers arrived approximately half hour later. One of the rangers stood out in the rain and worked on it. He was able to fix it for us. Thanks Mr. Ranger 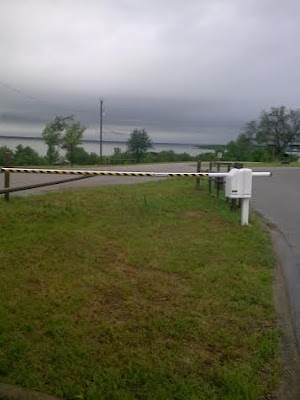 Mid-day on a Saturday in June, Saturdays are busy here, the gate arm swung backwards and stopped working. We called maintenance and he arrived several hours later and repaired it.

In early July a camper checked in and as he pulled his 40 foot toy hauler through the entrance he pulled too far over to the left and the ladder on the side of his RV hit the gate arm. This damaged his RV ladder and loosened the gate arm pedestal base. Afterwards the gate continued to work but would bounce each time it was opened or closed. We noticed that each time it closed it would drop lower towards the ground. We reported it the following day. No one responded.

While the other gate attendant was on duty the gate arm again swung backwards and stopped. It hasn't been working since.

The maintenance man tried to repair it but was unsuccessful. He did tighten the bolts on the base of it so it wasn't rocking in the wind.

A repair company was called. They looked at it and said the circuit board was bad.

Now the butt of it sticks out and a few boats have almost caught that. 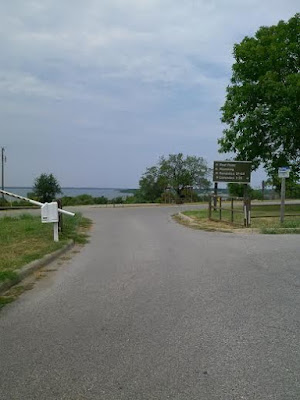 It is now late August and next weekend is Labor Day and our gate is still broken!!!

Most of the time people will stop at the window and pay the fee but we do have people that drive in without stopping because they don't want to pay. 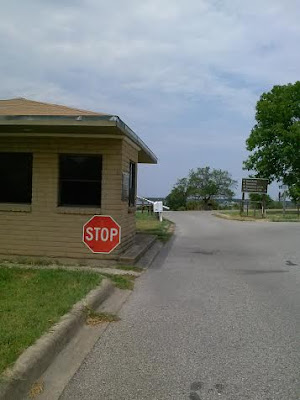 Copyright Notice All text and photos found on cruzin2some.blogspot.com is copyrighted and may not be published, rewritten, distributed or downloaded without permission of the owner of cruzin2some.blogspot.com. All Rights Reserved. ©cruzin2some 2015
Email ThisBlogThis!Share to TwitterShare to FacebookShare to Pinterest
Newer Posts Older Posts Home
Subscribe to: Posts (Atom)