Weekend with Friends at Daingerfield

We’ve had company this weekend. Our good friends Ginny and Dena brought their travel trailer out and spent the weekend with us. They arrived Friday morning and stayed until this morning. We had a great weekend with them. 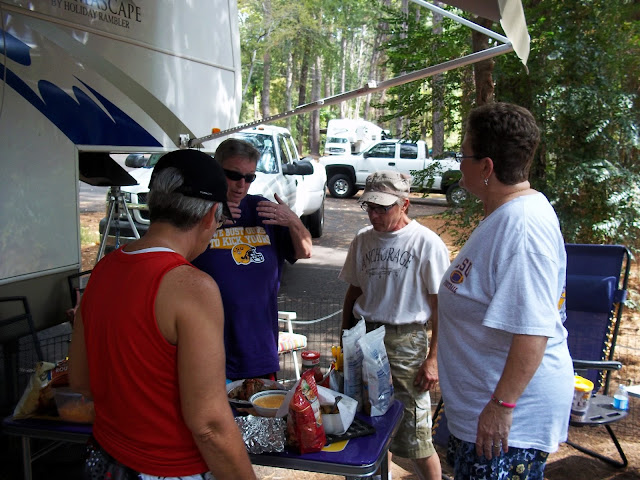 Saturday we walked the trail around the lake. It’s a nice hike and the weather was good. 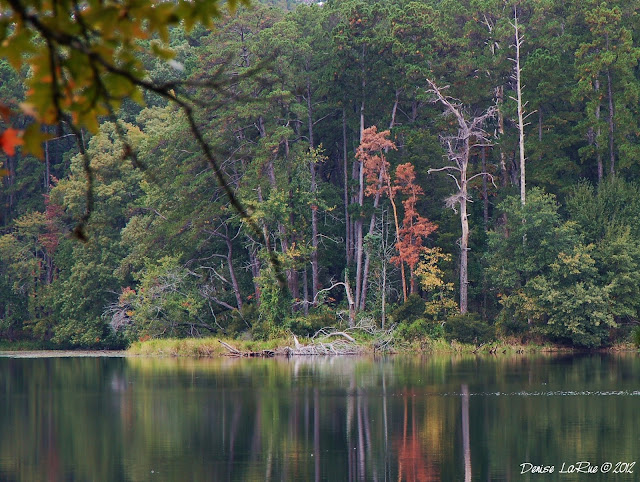 Saturday night brought thunderstorms that kept Abby awake. When she’s awake, so am I. It rained pretty hard and the wind blew but it only lasted about two hours. They really need the rain here. They are still under extreme drought status. It seems odd to be here at Daingerfield in the fall and not be able to have a campfire to warm up to at night. Right now you are not allowed to have any kind of outdoor flame.

I set up the canopy and moved the T.V outside. We had a nice little setup for our game watching.

Of course, Dawn did some cooking. We had roast and potatoes, chicken and dumplings, brownies, blackberry cobbler and banana pudding.

Sunday we had some great snack foods to eat during the Dallas Cowboy “ GO COWBOYS” and the Texas Ranger game. “GO RANGERS”

It was a great weekend. 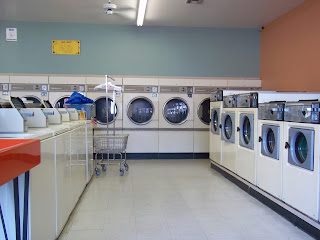 After the girls left, we loaded up all our dirty clothes and went to the Laundromat. It was almost past time to go. We don’t mind going as long as the Laundromat is clean. The one in Daingerfield is clean. While doing our laundry, we noticed some kind of commotion going on in the laundry parking lot.

Seems these four women in two different cars had some kind of disagreement and decided to pull into the Laundromat parking lot to settle the score. These were NOT young women; they were mature women that should have known better. Anyway, it began with some name calling and suddenly they were pulling hair, kicking and cussing like there was no tomorrow. Some poor guy stepped in to try and separate the women. He did a good job and got them separated and back to their separate cars but all of a sudden they were back at it. He again jumped in the middle and got the women separated. This time he held one woman as the others got into their car and left.

WOW, that was crazy. We found out later that the guy breaking up the fight was the son of one of the women fighting and had pulled in to stop it. I know he’ll have a few bruises tomorrow!

That was about the most excitement we’ve ever had at the Laundromat.

Tonight we are watching the Texas Rangers play.